Welcome to the new site! Let’s take a look back at how Cinemassacre.com evolved in the past 10 years.

In the beginning, things were extremely basic. I was on a dialup internet connection and it was way before YouTube. My movies were still being distributed on VHS tapes. Having the ability to actually “upload” them to the internet was unheard of. For now, all I had was a written filmography and a gallery of stills to represent my films to the outside world.

Lots of stuff happened. The major innovation was being able to upload videos, but they were only as quicktime files. Then Youtube happened. Then the Nerd happened. The rest is history. As the site got more advanced, it got more frustrating to keep up with. 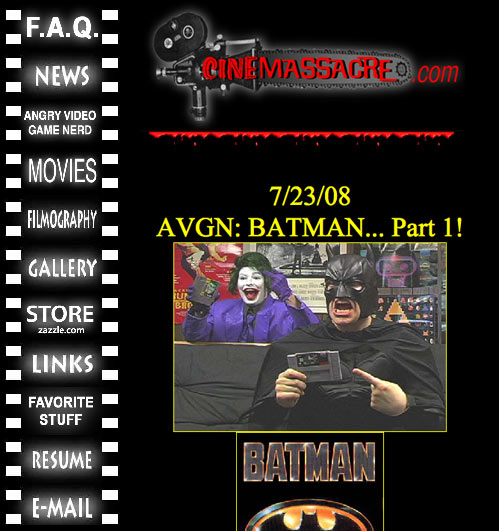 In response to the frustration, my web designer Ryan came to make my life easier. With additional help from Mike Matei, we all worked together and launched the new Cinemassacre. There were too many advancements to count. Making blog posts was easier and the fans were finally able to leave comments. 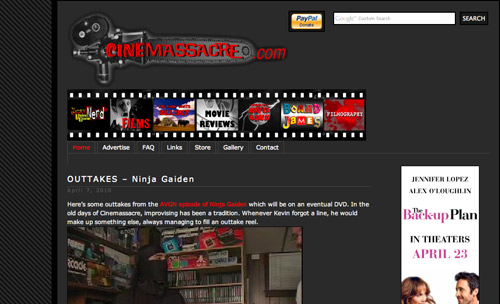 You’re now looking at it! It took a lot of work and frustration from all us, but it will make organizing videos much easier. Hopefully, it’ll also be easier for you all to dig up some of the old videos that have been buried on the site. We are still tweaking things, and have a bit of work to do, but for the most part, it’s up and running. 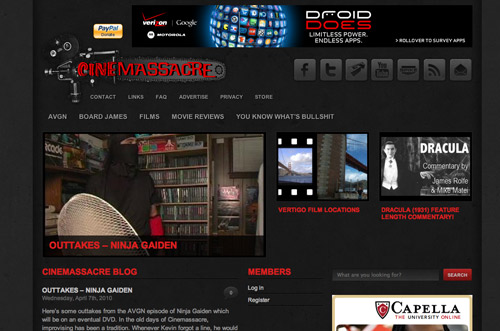 The Dragon in my Dreams